How to remodel and stay on budget 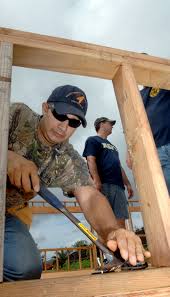 If you’re interested in remodeling, you’re doing so because you think it will be more cost effective and convenient than moving to an entirely different house. Thus, you’ll be in the market for the best methods for keeping a remodel or renovation project on budget. It’s the nature of the beast, as they say, for people who remodel to run into snags and uncover unwelcome surprises so that they often end up spending way more than they intended to. Sure, it’s possible to get estimates from contractors prior to remodeling commencement, but even they can’t tell you one hundred percent for sure that they won’t have to adjust their plans halfway through.

If complete assuredness isn’t possible, contractors have attempted to settle for the next best thing: an annual cost roundup that averages the costs for typical renovation projects so that people can use the information during their budgeting process. These averages come from Remodeling magazine and the National Association of Realtors. There are also helpful apps, like Zillow Digs and Houzz Real Cost Finder, that provide a similar service plus location-based costs and pictures of completed products.

Houzz Vice President Liza Hausman said, "One of the things we got back from our annual survey at the end of January was that 41 percent of the people said they went over budget." That means homeowners have nearly a 1 in 2 chance of overspending on your remodeling project.

If your remodeling project is precursor to selling out and moving up, it might interest you to know that the Institute for Luxury Home Marketing (a business that tracks the high-end home market) said that June 2013 "was the first time homes listed for more than $500,000 had been in the seller’s market category since it began tracking market trends in 2008."

Another interesting tidbit is that if your home is posted on a real estate website, the most likely time a potential buyer will see it is in the early morning. HomeFinder.com analyzed its web traffic and found "a surprising 18.5 percent of [home-seekers] are going at it between 4 a.m. and 10 a.m. in each U.S. time zone." So keep your ringer turned up and your phone handy during those hours. Do you ever find yourself wishing your heating bill was a little lower? Try these tips for improving your baseboard heater’s efficiency and start saving money. How To Maintain Your Baseboard Heater A Guide To Replacing Your Old Baseboard Heater Covers